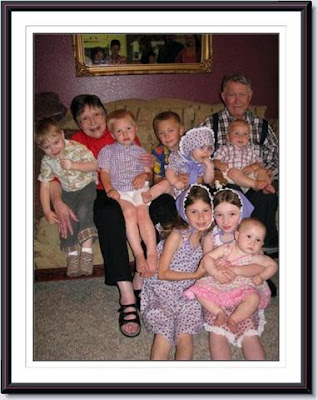 Mimi and Papaw, in Arkansas with 8 of the great-grandchildren, 2008

Minnie Pearl West Burnside, July 14, 1937 to January 13, 2010, went home to be with her Lord from pancreatic cancer at her home in Sequim, Washington at 4:27 in the afternoon. She was born in Stockdale,Texas to Elmo West and Ruth Marcrum West Hemby. She married William Burnside in 1955 and raised four children in Lakewood, California and northwest Arkansas. Minnie graduated from John Brown University, Siloam Springs, Arkansas in 1971 and ministered to students as a faculty wife at JBU from 1969-1990. She taught junior and senior high school math in Decatur, Rogers and Gentry, Arkansas from 1972-1990. After moving to Pacific Grove, California she was math department chair at Notre Dame High School in Salinas, California from 1990-94. 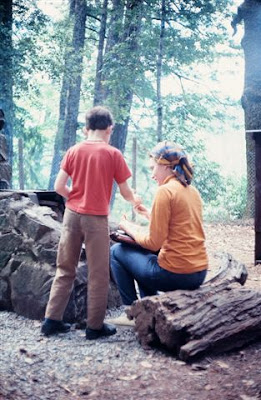 Camping with her kids 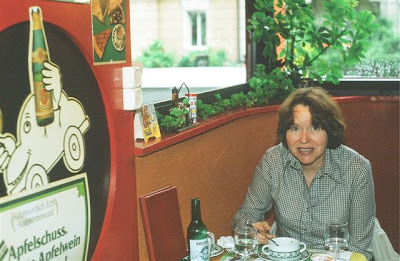 In Switzerland for their 25th wedding anniversary, in 1980 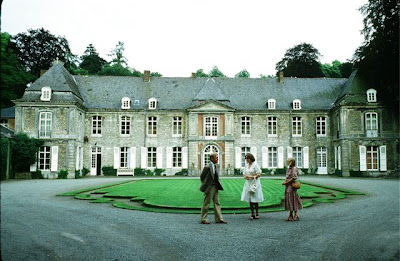 ...and then in Belgium

After retirement she served as a missionary in Taiwan and taught English at Christ’s College in Taipei from 1995-98.

Above, Teaching in Taiwan 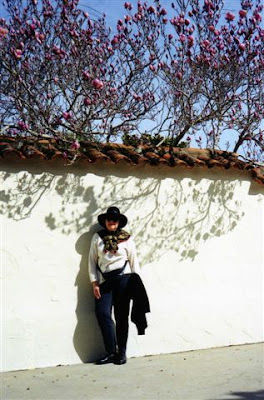 After moving to Sequim, she was active in women’s ministry at Sequim Bible Church and she then served alongside her husband Bill who pastored Oak Bay Baptist Church in Port Hadlock, WA from 2004-09.

Minnie served her Lord with thankfulness and ministered to the needs of others with her gifts of teaching, hospitality, cooking, and sewing. Everything she did, she did well, and with her whole heart as unto the Lord.

She is survived by her husband, Bill, whom she married September 26, 1955. Other survivors include her brothers, Franklin (Buddy) West, Billy West, and L.H. West. She was preceded in death by her sister Patsy West McGrew. She is survived by her children and their spouses: Jeannine and Chris Little, Timothy and Olivia, Cheryl and Rulon Foster, and Jonathan and Belinda, 12 grandchildren, and 11 great-grandchildren. "Strength and honor are her clothing, and she shall rejoice in time to come." "Her children rise up and call her blessed; her husband also, and he praises her." Proverbs 31:25,28 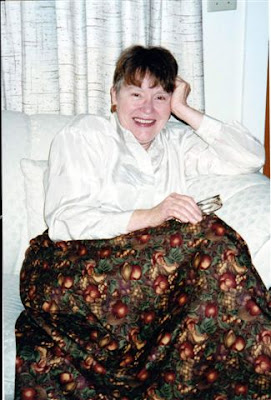 Mimi lived a life full of purpose. She followed God's direction. She loved through acts of service. She forgave everyone for everything, and held no grudges. She laughed quickly and easily, and became friends with everyone she met. Mimi loved people.

I will miss her. But she was ready to go, and God was calling her Home. I hope and pray that my life is as full, God's purposes for me are accomplished, and I'm ready to go when it is time.

What a wonderful legacy! Minnie had a wonderful life and now it continues in Heaven...Thanks for sharing. Praise the Lord and rejoice that she is home and free of pain. Love Sonya Pruski

What a beautiful tribute to an obviously very loved woman who lived a FULL life!!

I only knew Minnie for a few days, but loved her!!! Your blog is a beautiful tribute to her. When we visited Sequim, we had dinner at your parents home...chinese food. I commented on how delicous it was and she sent me the recipes!!! If you need them, please e-mail: Sharon Barber: dwbarber@centurytel.net
Thank you so much for sharing!!!
With love in Christ,
Sharon

To the family of Mrs. Burnside, my name is Catherine Mifsud and I was a student of Mrs. Burnside in 1993-94 in Salinas, California. Mrs. Burnside taught me Honors Geometry at Notre Dame High School. Today I found myself substituting a class in Geometry and my thoughts drifted to my firm but fair teacher. I googled her name and came upon this blog posting. I am filled with sadness to know that Mrs. Burnside has passed. She took a chance on me when I was a Freshman. I was supposed to be in Regular Geometry, not Honors, but she allowed me to join the Honors class. It was challenging, it was frustrating, but it taught me more than just corresponding angles, etc. Mrs. Burnside's sweet voice guided me and reassured me that I was capable of completing the work. I was encouraged by her, and I wanted to do better because of her. And when I didn't do my homework, I knew I had dissapointed her. Although I teach Theology here in New Orleans and not Math, the lessons Mrs. Burnside are with me always. May her family know that my prayers continue to be with them as they grieve her loss. God Bless!

Wendy
AR, United States
I am in love with God, my family, and all things art! Homeschool mama to The Artist(7th grade,) Nature Boy (5th grade,) Dash (2nd) and LittleLad (K)

Promote Your Page Too